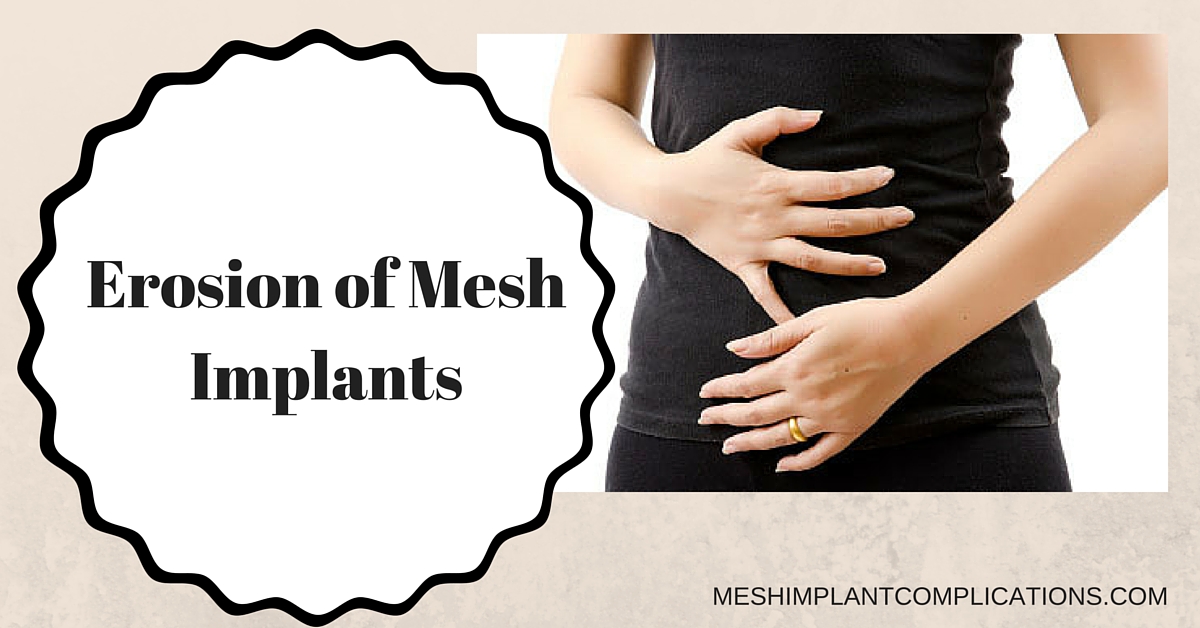 Vaginal mesh implants were originally promoted to gynecologists and urologists as a solution to repairing pelvic organ prolapses (POP) and helping with incontinence. But there was a noticeable lack of evidence from clinical trials documented, as to just how effective or safe these mesh implants actually were. As more mesh implant procedures were performed surgeons were finding a number of adverse reactions occurring, from relatively mild to some quite serious in some cases. These reactions ranged from groin or pelvic pain, and even pain experienced during intercourse. Whilst these reactions can occur after reconstructive surgery not involving mesh implants, it was felt further investigation was warranted.

One bad reaction that is unique to a mesh implant is erosion into the bladder, and is identified when the mesh implant moves and starts to extend from the vaginal opening. There are a number of complications that can occur from a mesh implant erosion into the bladder, and these include damage to the bladder or bowel and in some cases both. Other complications can be excessive pain or abscesses. If any of these problems occur it becomes necessary for the patient with the mesh implant device to undergo further surgery to have it removed and any damage repaired, surgery to remove the device does not guarantee all particles will be removed.

In the last decade there has been a noticeable increase in the number of procedures using mesh implants to repair pelvic organ prolapses and it is often recommended for treating stress urinary incontinence. Both of these are conditions that have usually occurred because the muscles in the pelvic floor have become weak. Since both these conditions are uncomfortable and distressing patients are inclined to seek expert help fairly quickly in wanting to resolve the problem.

While pelvic organ prolapses are more common with older women it is not unusual to find mothers who have recently given birth have also strained and weakened those same muscles. Initially, in mild cases, exercises will be recommended but in more severe cases when pelvic pain is persistent, or pressure is being felt in the pelvic area, or intercourse has become painful, then the doctor will start to look at other options, such as surgery. The actual mesh implant surgery for a prolapse involves permanently implanting a mesh sling to reinforce the vaginal wall, and for incontinence a mesh sling which is intended to support the bladder. However, there have been many complications arising from both these procedures, which have led to needing the mesh implant removed, and additional damage being repaired. In some cases the damage caused was not repairable.

Before considering this type of procedure make sure you are aware of all the risk factors involved before proceeding.